Abba Eban
"You never change things by fighting the existing reality. To change something, build a new model that makes the existing model obsolete."

Buckminster Fuller, philosopher, futurist and global thinker (1895 - 1983)
"If there are to be problems, may they come during my life-time so that I can resolve them and give my children the chance of a good life."

UFRJ is the largest federal university in the country and is one of the Brazilian centers of excellence in teaching and research. In 2015 QS World University Rankings ranked UFRJ as the best Brazilian federal university, as well as the third best university in the country occupying the ninth position among institutions of Latin America. The university is located mainly in Rio de Janeiro, with ramifications spreading to other ten cities. Its main campuses are the historical campus of "Praia Vermelha" (Red Beach) and the newer "Cidade Universitária" (College City), which houses the "Parque Tecnológico do Rio" (Technology Park of Rio) - a science, technology and innovation development cluster. 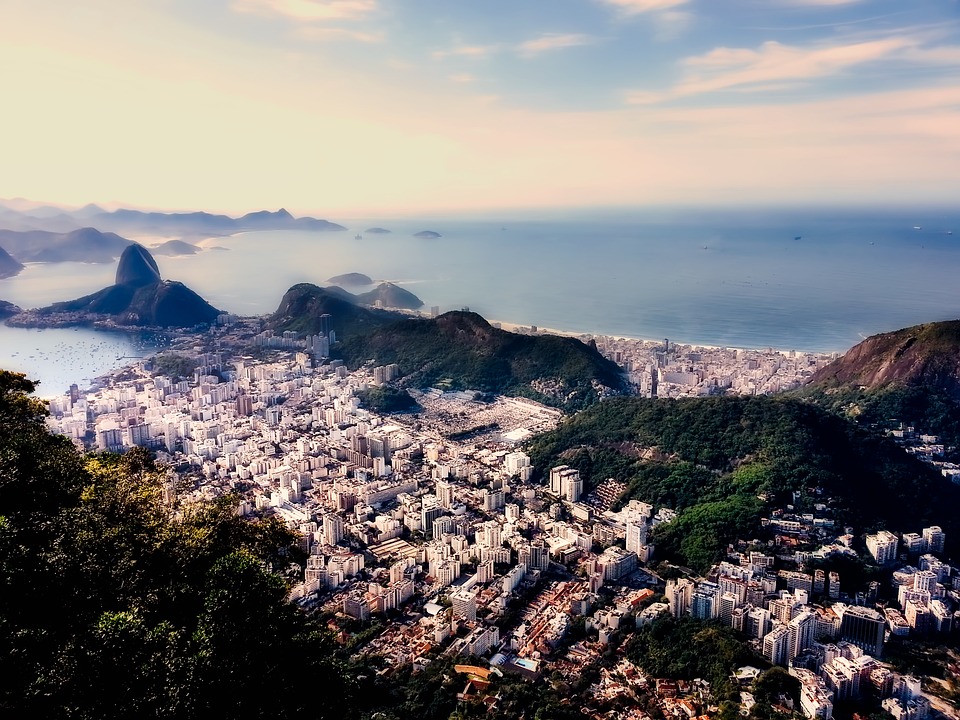 Rio de Janeiro is one of the most visited cities in the Southern Hemisphere and is known for its natural settings, Carnival, samba, bossa nova, and balneario beaches such as Barra da Tijuca, Copacabana, Ipanema, and Leblon. In addition to the beaches, some of the most famous landmarks include the giant statue of Christ the Redeemer atop Corcovado mountain, named one of the New Seven Wonders of the World; Sugarloaf Mountain with its cable car; the Sambódromo (Sambadrome), a permanent grandstand-lined parade avenue which is used during Carnival; and Maracanã Stadium, one of the world's largest football stadiums.

Brazil is the world's tenth largest energy consumer with much of its energy coming from renewable sources, particularly hydroelectricity and ethanol; the Itaipu Dam is the world's largest hydroelectric plant by energy generation. Tourism in Brazil is a growing sector and key to the economy of several regions of the country. According to the World Tourism Organization (WTO), international travel to Brazil accelerated in 2000 and revenues from international tourism continue to rise.

The Brazilian real (Portuguese: real, pl. reais; sign: R$; BRL), is the official currency of Brazil. It is subdivided into 100 centavos.

The dollar-like sign (cifrão) is the currency's symbol, and in all the other past Brazilian currencies, is officially written with two vertical strokes rather than one. However Unicode considers the difference to be only a matter of font design, and does not have a separate code for the two-stroked version. Bank notes are in denominations of 2, 5, 10, 20, 50, 100 reals, and coins in denominations of 1, 5, 10, 25 and 50 centavos and 1 real.

Exploring a new city is always fun and exciting, but here are a few words to the wise to make sure your stay at Rio stays that way.

The conference shuttle bus will there to pick you up from the hotels listed on our website, under accommodation.
Rio has an underground public transport, which is as wonderful as it is small. If you get the chance do give it a try. Above the underground, Rio is connected via a grid of bus lines (usually more than one operator is available on any given line- we suggest the more expensive options, if for no other reason, than for the AC).
Last but not least, the taxi network is a good way of getting from point A to point B.

Rio has a few rules that every seasoned visitor will tell you;

Enjoy your time, take a moment to experience the city, see the sights, talk to the locals!